Enteric diseases are intestinal illness caused by micro-organismssuch as viruses, bacteria and parasites. These diseases are most frequently acquired through contaminated food and water. Although enteric micro-organisms typically enter the body through the mouth, some can spread from person to person. Every year, millions of cases of foodborne illness occur in the United States, and the illness burden is even higher in developing countries. Much of this burden could be prevented with better science and prevention tools.

Lactoferrin Testing
Lactoferrin is present in the stools of people with intestinal inflammation due to IBD and C. difficile infection. Lactoferrin testing can quickly identify likely IBD patients for further testing and non-invasively assess inflammation levels for patients already diagnosed with IBD.

Parasitic infections can cause debilitating or deadly intestinal infections. Using sensitive and specific diagnostic tests also helps to prevent overuse of antibiotics, which is one of the factors responsible for the emergence of antibiotic-resistant organisms.

The principal intestinal protozoan parasites in the U.S. are Giardia and Cryptosporidium.

Cryptosporidium is a protozoan parasite of vertebrates. It has been associated with diarrheal illness in most parts of the world and is a frequent cause of traveler’s diarrhea. The disease is transmitted by the thick-walled oocyst, which is remarkably resistant to common disinfectants and routine chlorination of drinking water. Person-to-person transmission is common. Cryptosporidiosis is a serious opportunistic infection in patients with Acquired Immunodeficiency Syndrome. Clinical manifestations include diarrhea, abdominal pain, nausea, vomiting, and weight loss. In healthy persons, the infection usually is self-limiting. In AIDS and immunosuppressed patients, the disease may be prolonged and may become life-threatening.

In developing countries, these parasites and others, including Entamoeba histolytica, are major healthcare problems.

Of the huge number of individuals infected by E. histolytica, about 10% become symptomatic and develop colitis and liver abscesses, resulting in a mortality rate estimated between 40,000 and 120,000 persons a year. Patients infected with pathogenic E. histolytica may show a wide range of conditions. Some may be asymptomatic; others may show mild diarrhea that develops into bloody diarrhea and eventually fulminant colitis.

C. difficile infection usually occurrs when the normal microflora of the intestinal tract is altered or killed by antibiotics. Once C. difficile growth begins, toxins A and B are produced, causing diarrhea and colitis.

Toxigenic strains of C. difficile carry the genes encoding the toxins. The disease results from the toxins that the organism produces. C. difficile produces two main toxins, toxin A and toxin B. Toxin A is a weakly cytotoxic enterotoxin. C. difficile also produces toxin B, which is a cytotoxin. Toxin B can be detected by the tissue culture assay. Toxigenic C. difficile strains produce both toxins or only toxin B.

The disease can be treated with antibiotics, but relapses are common.

TECHLAB produces a panel of in vitro diagnostics for detecting C. difficile and its toxins in fecal specimens from patients suspected of having the disease.

STEC cause foodborne and waterborne diarrheal disease that can progress to hemorrhagic colitis and hemolytic uremic syndrome (HUS). STEC derive their name from their ability to produce toxins (Stx1 & Stx2) similar in structure and function to the Shiga toxin produced by Shigella dysenteriae. Since certain treatments and medications can increase the risk of HUS, prompt detection of STEC is necessary to prevent outbreaks and secondary transmission.

Worldwide, Campylobacter species are the most common cause of bacterial gastroenteritis, causing 400-500 million cases of diarrhea each year. Infants in developing countries are at great risk, as are travelers to those countries. In approximately 1 of 1,000 cases, Campylobacter species areclosely linked to the subsequent development of Guillian-Barre Syndrome, an acute auto-immune paralysis. C. jejuni infection has also been associated with reactive arthritis in both children and adults.

Our tests can detect STEC present in fecal samples or culture, regardless of the serotype or other virulence factors.

C. perfringens enterotoxin (CpE) may cause diarrhea in humans after consuming contaminated food or after antibiotic therapy.

TECHLAB produces in vitro diagnostics for detecting C. perfringens enterotoxin in fecal specimens from patients suspected of having the disease.

Approximately half the global population is infected with H. pylori. Most have no symptoms, and do not require treatment. However, a minority of these people develop gastritis, and a small fraction develop gastric ulcers or gastric cancer. The standard procedure to diagnose H. pylori involves endoscopy with biopsy. Current guidelines still recommend this for patients with alarm symptoms such as GI bleeding or sudden weight loss, or for patients over 55. However, younger patients who do not have alarm symptoms may benefit from non-invasive tests, such as a fecal antigen test. These tests can also verify that H. pylori infection has been eradicated after treatment. 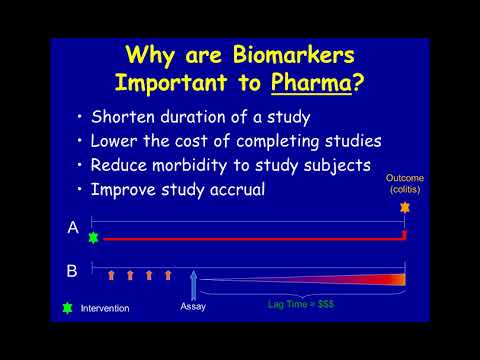